One of NATS’ greatest strengths is the quality and experience of our people. With that in mind, we want to introduce you to some of them over the coming editions of Airmail, and highlight the work they’re doing for customers around the world.

One of NATS’ greatest strengths is the quality and experience of our people. With that in mind, we want to introduce you to some of them over the coming editions of Airmail, and highlight the work they’re doing for customers around the world. 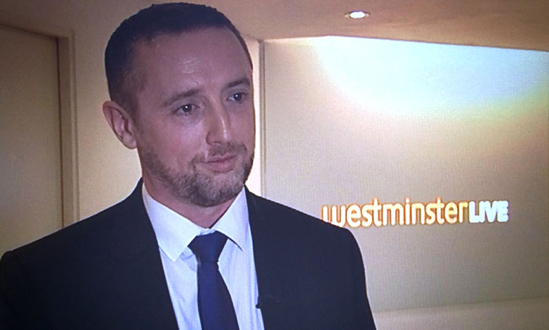 What did you think when you first heard about the concept of a digital air traffic control tower?

I first heard about the concept about four years ago, and as a former tower controller I was skeptical. My impression was that we’d be looking at grainy CCTV images and I wondered how you could possibly manage an airfield without that window view that tower controllers rely on. I was last valid at a busy single runway London airport, so I think it’s fair to say I needed some convincing that cameras could ever be better than my beloved VCR. It’s often said that the best person to lead a change programme is a skeptic, so when I took on this role and became responsible for digital towers, the one thing I was going to make sure of was that controllers would have a solution and tool set that enhanced their environment to make the job as simple and safe as possible.

What are the main reasons airports are getting interested?

The reasons vary from airport to airport. For some it’s about replacing an old control tower in a more cost effective fashion. For others it releases the value of the land that the current tower is built on so it can be used to develop new terminals and stands to improve the passenger experience. Some airports are also looking to digital as a potential solution for contingency operations, so the message to the industry is that digital towers provide flexibility. They won’t be the solution in every case, and NATS will continue to provide the traditional airport based service, but for the first time customers have a choice, and that has been enabled by a digital solution.

We’re already seeing Digital Towers being adopted at some airports. Do you expect others to follow?

I think we’ll see more and more of the market opt for a digital solution over the next few years. NATS has also just bought a 50% stake in a Canadian digital tower company, Searidge Technologies, so that’s clear evidence that that’s where we see the future going.

Do you think we’ll ever see a physical control tower built again?

Maybe not! Certainly given the technology that’s now available you could argue that it’s not necessary. But I think in reality, digital towers won’t be the right solution for every airport and there will still be a need to have controllers on some airports. The difference between the two operations, apart from geography, is that the team working in the digital tower will not only be able to see and hear the aircraft on the airfield, but they will also have the data and controller tools to improve the airport’s overall operational efficiency and safety.