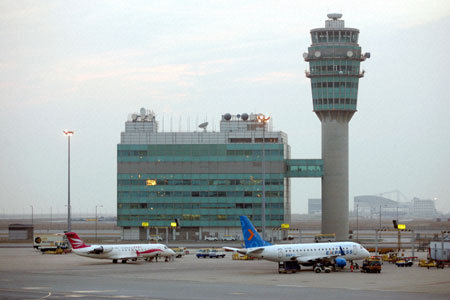 Hong Kong International Airport (HKIA) Chek Lap Kok is severely challenged with the local terrain and proximity to national boundaries of China and Macau. After deciding to build a new passenger terminal, HKIA first sought the expertise of NATS to ensure there would be no impact on its air traffic control system or its service to the public. The scope of the project, which covered designing the air traffic control system changes required to maintain the operational service, included:

As the building of the new terminal progressed, Hong Kong International Airport benefited from maintaining smooth operations, but the two runways were not working as efficiently as possible. Due to the rapid growth in the region HKIA needed to increase capacity by over 60% in a very short time and again enlisted the support of NATS to achieve this.

By working closely with CAD and Airport Authority HKIA (AAHKIA), NATS was able to optimise the operation significantly in most areas. This included revising the SIDS/STARS at HKIA and improving the ground/traffic movements from an original peak hourly capacity of 48 movements, progressing to 60+ and moving towards achieving 115.