Demand for drone technology is rapidly increasing. Experts forecast the global commercial drone market to be worth US$4.19 billion by 2024, with Asia Pacific growing significantly at a CAGR of close to 35% from 2016 to 2024 (Grand View Research). 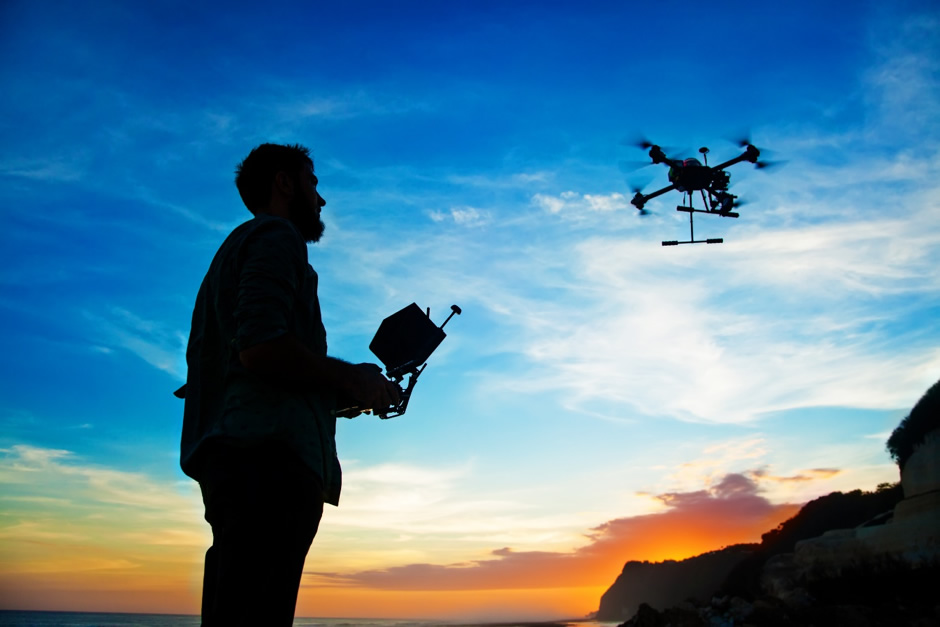 Demand for drone technology is rapidly increasing. Experts forecast the global commercial drone market to be worth US$4.19 billion by 2024, with Asia Pacific growing significantly at a CAGR of close to 35% from 2016 to 2024 (Grand View Research). We want the drone industry to flourish safely alongside manned aviation. However, with the region’s limited airspace and increasingly dense population, the revolution in small, unmanned aircraft calls for caution, particularly in urban or built-up areas and in proximity to commercial aviation.

A highly manoeuvrable device that can weigh several kilogrammes needs to be flown with care in order to protect public safety. ‘Unmanned’ doesn’t mean ‘unpiloted’ and we consider drone users to be pilots. This becomes all the more evident when we consider that a drone’s size bears little relation to its capabilities: a tiny drone can feasibly be three times more complex than a large one. Pilots need to know what they are doing, because when things go wrong, they can go wrong very quickly.

One of the top priorities has to be detection – either cooperatively or not. Currently, small drones cannot be seen by radar technology, so if the drone itself was able to transmit its own location, it would be a major advantage. While there has been talk about electronic visibility and geo-fencing to ensure drones cannot fly in places they shouldn’t, there is ultimately no guarantee that the system would always work effectively.

This is why education remains so important. Many people flying drones as a hobby have little or no knowledge of aviation, or what happens in the airspace above them. And until they brought a drone there was no reason that they should. Undoubtedly, one of the most important challenges is improving awareness and understanding amongst drone users of what they need to do to ensure the safety of others using the airspace.

Take Singapore for example: Drones were a popular Christmas gift last year, prompting the Civil Aviation Authority of Singapore (CAAS) to remind recreational drone pilots who may have received the latest model to practise safe flying. And at Republic Polytechnic, a local institute of higher learning, a new drone training centre will offer courses to people who want to learn how to pilot their drone safely.

The commercial use of drones is tightly regulated with specific qualifications and permissions required to operate.  NATS holds some of the world’s most respected expertise in unmanned flight management and was instrumental in developing and validating the procedures for unmanned flight in UK airspace.  In September 2015, NATS took the next step by managing the first flight by an RPAS in non-segregated controlled airspace. This was a world first and puts the UK at the leading edge of RPAS development. We have also created an education video to remind drone users to think like a pilot.

If drone usage continues to grow as forecast, then some form of drone traffic management system is likely to be required. In Singapore, researchers at the Nanyang Technological University (NTU) are looking to develop traffic management solutions that would allow drones to fly safely in Singapore’s airspace.

Drones are here to stay and there is no point denying the new flight safety challenges this new technology has brought about. We must face up to those challenges, appreciate the risk, and do what we can to mitigate it.

After all, we want to move this industry forward in a collaborative manner: NATS want to help the region get to the point where drone operators interact safely with other airspace users. Manned and unmanned aviation needs to be able to work together, and NATS is solidly behind promoting safety.