At the CANSO World ATM Congress earlier this month, much of the excitement and conversations surrounded the future of airports and how technology is truly revolutionising air traffic management. 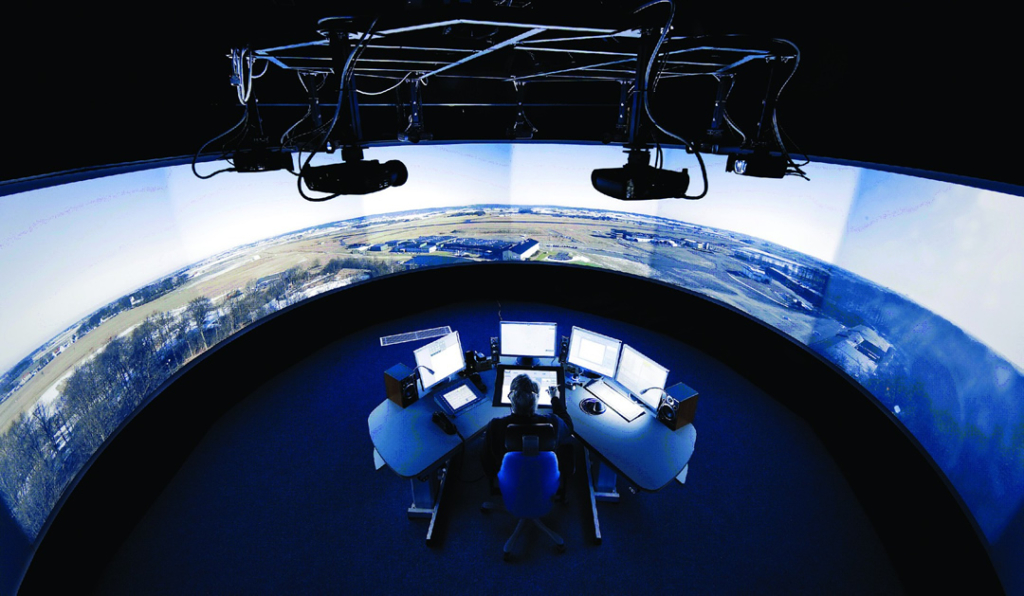 At the CANSO World ATM Congress earlier this month, much of the excitement and conversations surrounded the future of airports and how technology is truly revolutionising air traffic management. Digital towers were undoubtedly the key highlight of the Congress and NATS relished the opportunity to showcase our capabilities and share our experience with digital tower operations.

Although the airport tower has been synonymous with air traffic control for as long as the modern concept has existed, the advent of super-fast fibre networks, high definition cameras and remote sensing technology is allowing for a revolution in airport air traffic management today. Instead of a tower full of controllers and equipment, there is a network of fixed and pan-tilt-zoom cameras that transmits images and data to a separate control centre which is no longer confined by the need for a physical location on the airport.  The pan-tilt-zoom camera function can magnify any part of the airfield up to 30 times for close inspection. A laser range finder can also measure distances to any point on the airfield to millimetre accuracy. At the remote control centre, the view of the airfield is stitched back together to create a live 360-degree image that can be augmented with other operational data, from radar labels on individual aircraft, to the location of closed taxiways. As well as tracking aircraft, the system can alert controllers and other airport stakeholders to airfield incursions and even drones.

Simply put – a digital tower provides everything a normal tower does, while enabling enhancement of situational awareness for controllers, and is both more flexible to future airport development and several million dollars cheaper.

Whether it is optimising air traffic management, overcoming the shortage of qualified air traffic controllers, servicing remote airports with few daily movements, or perhaps as a contingency arrangement in the event of severe weather conditions like typhoons; moving away from the constraints of a physical tower is a logical next step for aviation authorities in Asia grappling with the challenges of managing the exponential surge in the region’s air traffic.

Asia Pacific’s airports would have greater flexibility in allocating resources for control services, as well as saving costs as there would be no need to build and maintain a secondary bricks-and-mortar control tower to cope with the burgeoning air traffic. Further, with a completely digital air traffic control system, every controller would have an identical view of the entire airport and those stationed at low-traffic airports can be better utilised to manage aircraft at the busier airports.

Relevant information can be integrated onto a single platform to help air traffic controllers carry out their tasks more efficiently. These include radar and weather data shown on a single Head-Up Display to improve situational awareness, aircraft call signs displayed over aircraft as they move on screen for extra clarity, on-screen labels that show taxiway boundaries, and a geo-fenced airfield to show operational restrictions such as closed taxiways.

By providing air traffic services from a more central location, where a controller can ‘plug and play’ as required; digital towers enable airports to remain viable for their operators and local communities. Trials have since begun all over the world, including in Australia, Hungary, France, Ireland and the United States, and there is a palpable excitement around the industry for what is being set up to be the biggest transformation in air traffic management since the introduction of radar.