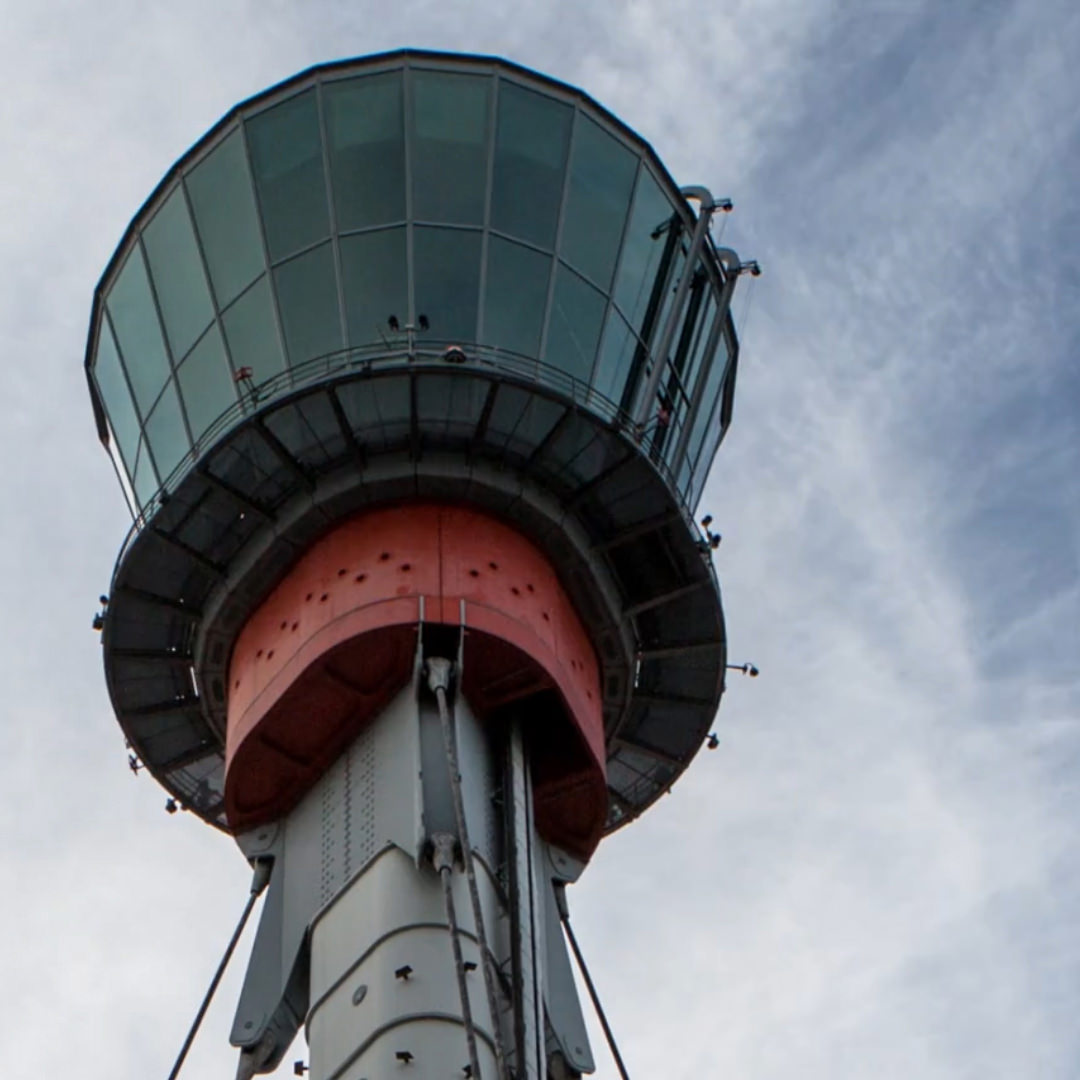 Imagine you’ve booked a restaurant table for eight people, only to, somehow, arrive half-an-hour late. Your waiter is as charming as ever but increasingly busy as you’re not the only guests who have missed their slot.

Had the restaurant known you would be 30 minutes late, the chef and the front-of-house staff could have planned an earlier sitting at your table which would be vacated at 8.30, in time for your arrival. The restaurant is now at capacity. Although diners are eventually being served, everyone is now having to wait longer and the team is working frantically to maintain the same level of service.

Guests eat, drink and enjoy themselves but restaurateurs are now left wondering how they can improve the service and ensure customers are satisfied.

If we imagine airports as restaurants and diners as airlines, then air traffic control plays a key role in connecting the two. This allows a deep understanding of the complex decision-making matrix that dictates the smooth running of operations and informs how we address airport capacity management.

Capacity is lost when, for example, an aircraft takes longer to push back or taxi into position than planned. Perhaps a passenger was late or refueling took longer than expected or baggage was held up. Multiply these myriad of possibilities by the hundreds of departing flights each day and it’s easy to see how they add up when minutes tick by into accumulated hours.

In air traffic management, the question of capacity is one that NATS has been seeking to answer. We are constantly exploring new ways to operate more efficiently, minimising delays and improving the rate at which aircraft flow at every stage of the operational process.

In 2008, Europe’s inter-governmental air traffic control organisation, Eurocontrol, wanted to reduce the number of wasted slots in a network that sees 26,000 flights a day across the continent. With air traffic control sitting at the heart of the aviation network, NATS was invited to take part in the project in order to help improve optimisation and enhance the use of existing airport infrastructure.

Through strong partnerships, alliances and operational know-how, mathematical reasoning can be applied to the practical issues of the aviation network. This has been translated into the Airport Collaborative Decision Making (A-CDM) tool. 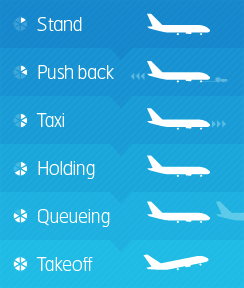 A single application that streamlines the stages and actions which make up the pre-departure sequence of a flight saving time and delay.

The tool displays flight strips for queuing airliners, a live ground radar feed of their positions, and provides a pin-sharp picture of the airfield operation.

By providing more accurate and timely information, the tool enhances the expertise of teams across the network and ensures that all airport partners can share the same clear picture.

Meals are consumed, perfume is bought, cargo is being handled and counted by the tonne, gallon and lorry-load as the airport at the heart of Britain’s international trade network continues its ceaseless evolution.

Here, A-CDM has helped to create one extra movement every two hours. 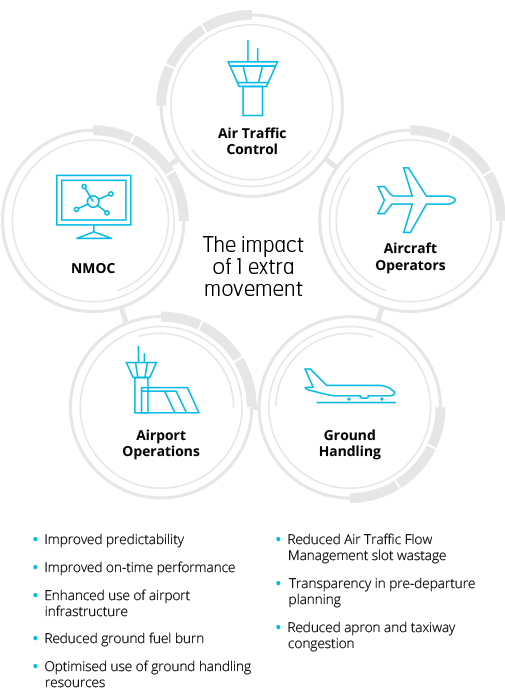 An extra runway movement at an airport operating at full capacity enables quicker recovery time from any delay which may have built up and it is vital breathing space for air traffic controllers, airlines, ground handlers, overall airport operations and the Network Manager Operations Centre – NMOC.

More accurate take-off information feeding into the air traffic flow and capacity management system means more effective use of slots which in turn results in reduced delays, improved predictability of events and overall, optimised use of resources at airports.

Passengers now experience a smoother running operation because the teams are able to respond to even more accurate information provided by the A-CDM tool.

The reduction of fuel burn generated by excessive taxiing also means there is an environmental dimension among a host of other positive factors.

Incremental improvements, in isolation may seem fairly minor but multiply their effect on a critical hub like Heathrow and then across the wider network and these gains start to add up to a great deal more.

One extra runway movement every two hours offers priceless flexibility in an airport operating at capacity. 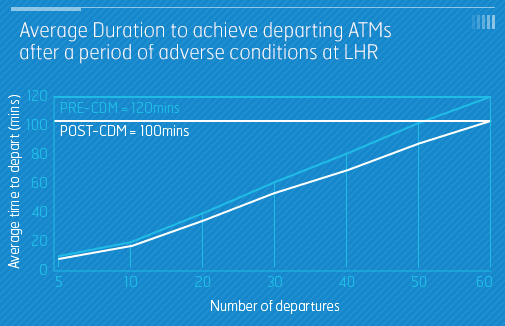 Seamless service reduces delay, saves money and ensures an even more resilient business for every player involved in the aviation marketplace.

Heathrow, along with Munich, Brussels and Paris Charles de Gaulle are just some of the major airports where the A-CDM tool is in place.

As the tool’s potential relies on a collaborative approach, the challenge centres on the sharing of information. Individual teams are applying a new way of thinking by evolving from isolated decision making into decisions based on network-wide collaboration.

Back in our restaurant, it would mean that the celebrated chef is closer to another Michelin star because he knows the ingredients he needs and how many tables are full and at precisely what times. As bookings continue to flood in, the processes are in place to keep the maitre’d and his staff smiling. More importantly, customers are served impeccably and leave with their expectations not only met but exceeded.