Networking the sky with Enhanced DaVinci 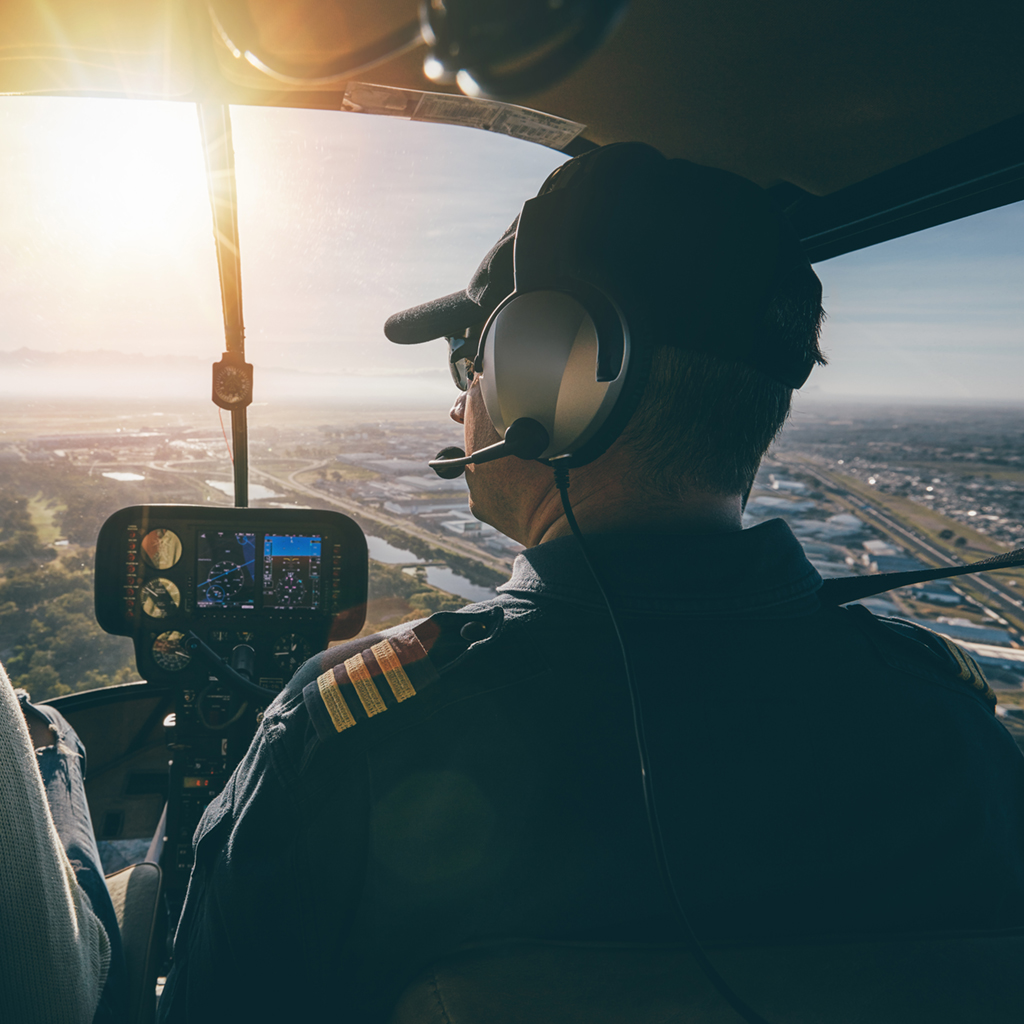 Networking the sky with Enhanced DaVinci

Before January 2016, when NATS ushered in a brave new world for network communication, there was an inescapable irony that airline passengers were able to access in-flight internet while air traffic controllers were still using non-internet technologies from another era.

All that changed with the most complex overhaul of NATS’ communications network in its history. Co-financed by the European Union, the new network represents a major stepping-stone towards deployment of SESAR, the EU’s collaborative ambition to harmonise advanced technologies in order to transform air traffic management of European airspace. 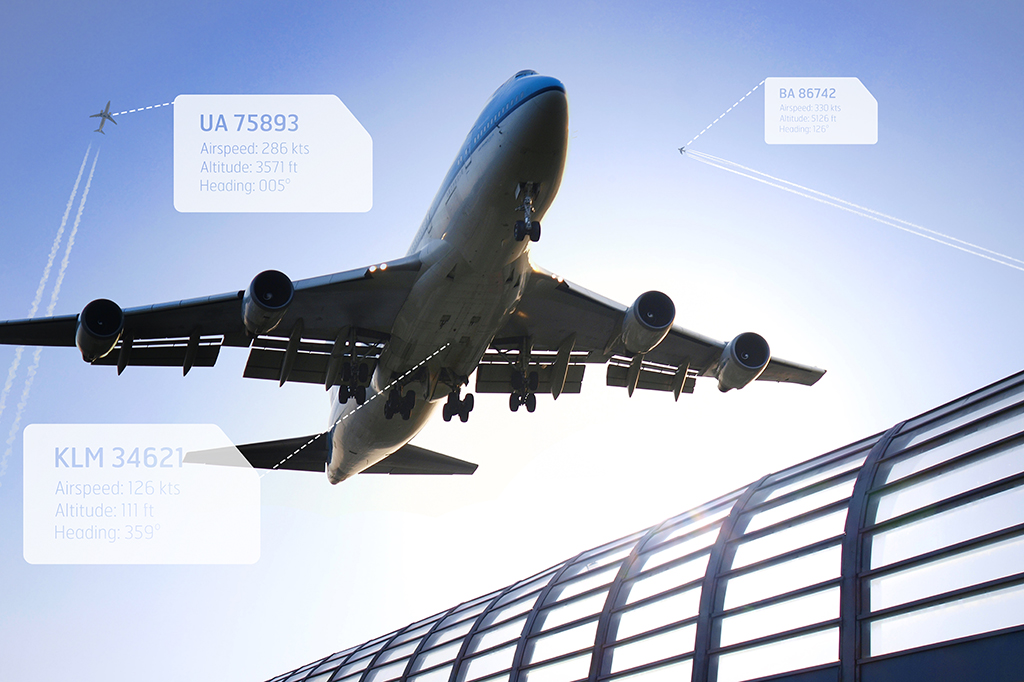 It started with NATS’ then current Wide Area Network, a non-internet-based data communications system that had been the national backbone of air traffic control since 2007. The name of the network was the brainchild of NATS Project Engineering Manager, Simon Clothier. Spotting an opportunity for a smart acronym, he came up with ‘DaVinci’, which stands for ‘Data and Voice Integrated NATS Communications Infrastructure’. With its notional link to the famous Renaissance boffin, Leonardo, together with an air of mystery thanks to associations with Dan Brown’s The Da Vinci Code, it was an inspired choice. Used across the entire NATS estate, the DaVinci network connected the air traffic control centres with airports, radar and communication sites, reliably carryingoperational radar, voice and flight data right across the UK, from the Channel Islands all the way to the Shetland Islands.

NATS had been served well by DaVinci; it had been the heart of national air traffic control for seven years, enabling tens of millions of flights to route safely and reliably through the UK’s airways.

However, demands on the communications network were growing exponentially, making this task increasingly challenging. There were other pressing reasons for replacing the network: “Doing nothing was not an option,” explains NATS Project Sponsor Gary Gibson. “The non-internet-based DaVinci network had a limited lifespan, which eventually led to a notification from the provider that it was being withdrawn from service. In actual fact, it suited NATS to move to a newer networks platform. By installing the new technology we would meet the European requirements set down by SESAR; and by making this happen early, we could get ourselves ahead of the curve and maximise the opportunity for thorough testing. It was time to explore new avenues.”

A journey into the future

Work on the Enhanced DaVinci Project began in 2011, and over the next five years a highly motivated team set about designing, building and transitioning a new IP-based network. In total, a staggering 1,502 individual connections, all carrying unique air traffic control data between 62 geographical locations, were transitioned from the old to the new network. This had not been done on such a scale anywhere else in Europe. As such, it was an industry first. 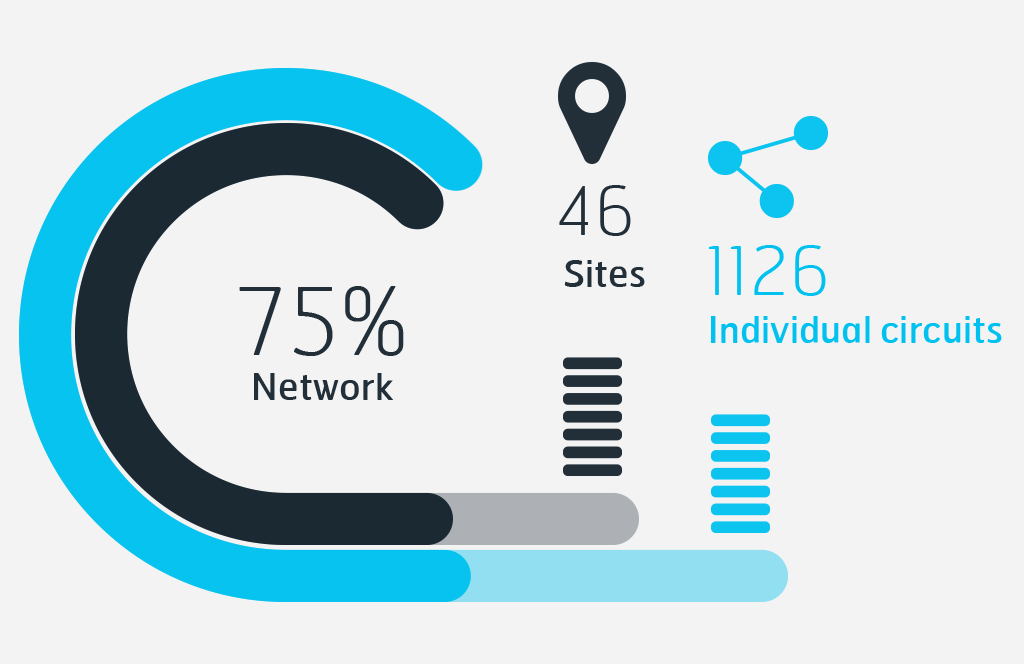 With NATS’ air traffic control services using the network every second of every day, it was clearly impossible to shut down normal operations to allow for this highly complex work to be carried out. To avoid disruption to the flying public, the team carefully performed the initial phases of the work by night; as experience and skills grew, they switched to daytime as well as night-time work. NATS Programme Manager Chris Reid remembers it vividly: “Seamlessly replacing our entire communications network while continuing to provide full air traffic control operations in Europe’s busiest airspace was an incredible feat.”

In fact, moving air traffic control onto IP technologies proved to be a challenge of epic proportions, as Reid explains: “Because of the way IP-based networks interacted with our systems, unique issues arose that required bespoke solutions and designs.”

It was critically important to uncover issues with the network design in advance of operational use. Although offline trials were sufficient during the early stages, the ultimate proof was to get the pilots and air traffic controllers talking to each other with perfect clarity. In addition, they also needed the network to provide instant access to real-time flight information, meteorological reports, and much more. 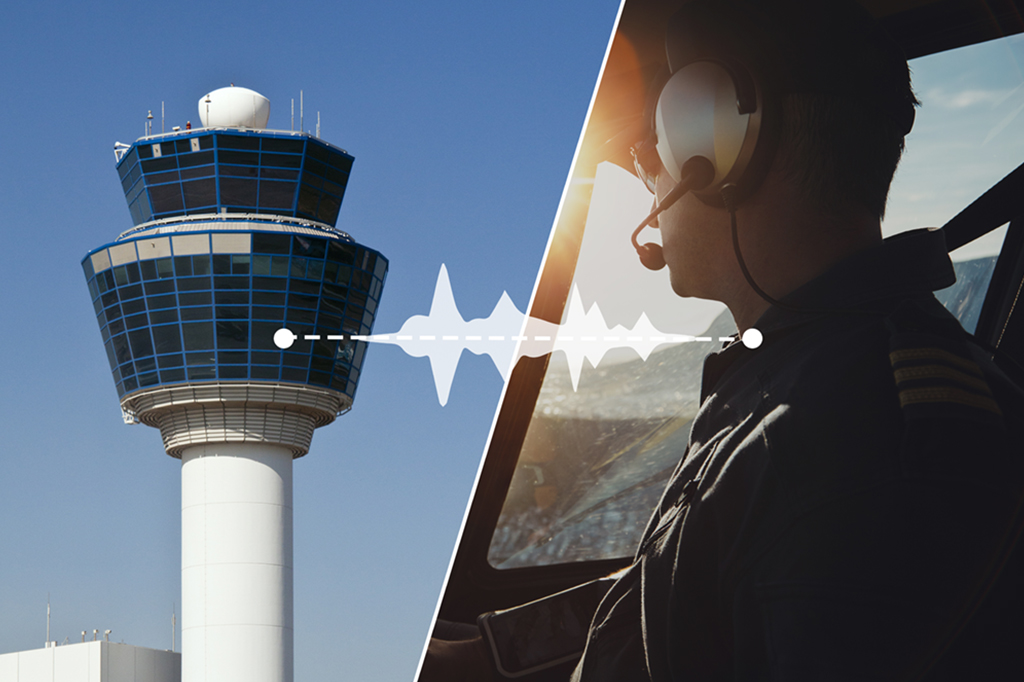 It’s impossible to overstate the rigor involved with introducing new air traffic systems into service. To provide the necessary level of resilience required by the safety-critical nature of NATS, a dedicated service management centre was created at Swanwick, manned by personnel whose primary responsibility was to control and monitor NATS’ network services to ensure the continued smooth running of operations.

Between August 2014 and April 2015, every single technical issue was uncovered and eliminated before the transition from the old to the new network. “At one stage we discovered a delay of several milliseconds,” remembers Simon Clothier. “A key feature is how long it takes the human voice to get from the air traffic controller’s microphone to the pilot’s headset and back again – a delay in the network would impact the high quality of speech needed. It took countless hours of testing and intensive forensic work to establish the cause, which we located deep within the network infrastructure.”

The experience is still very fresh in the mind of NATS Project Manager, James Hall: “Enhanced DaVinci began to go live in April 2015, and was completed in January 2016. It was a huge undertaking technically, as well as logistically, to transition 1,502 connections at 62 locations, one at a time, all with their own unique attributes; but working together with the provider, we delivered a unique solution for our air traffic control services.” 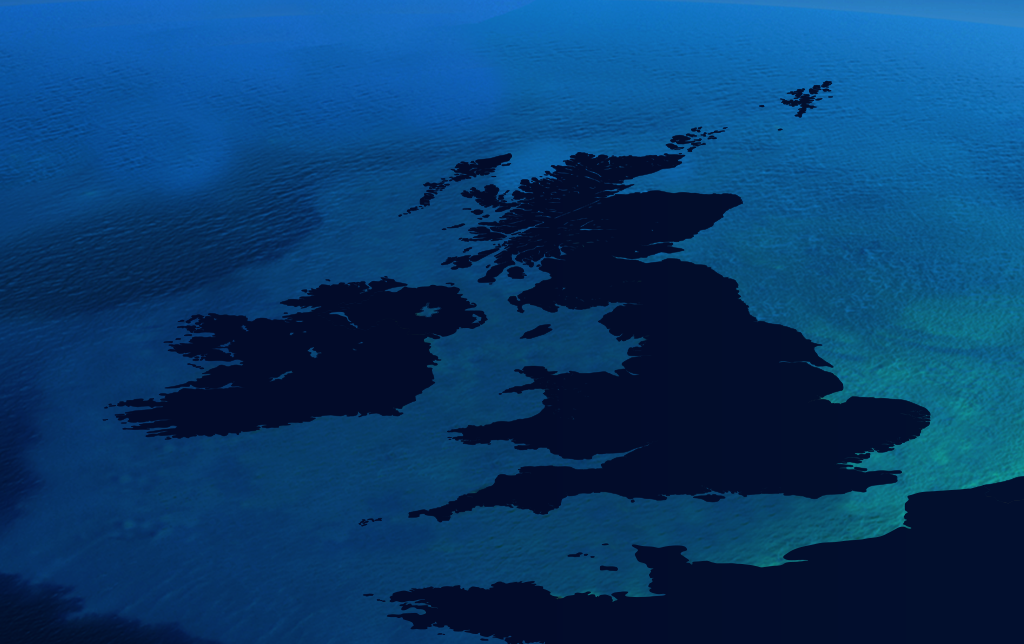 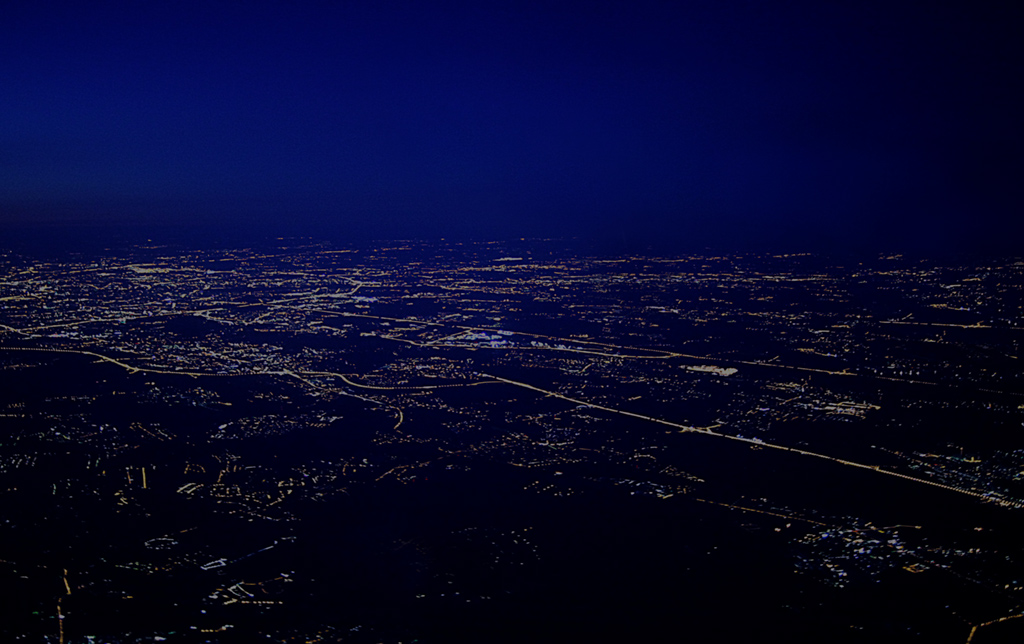 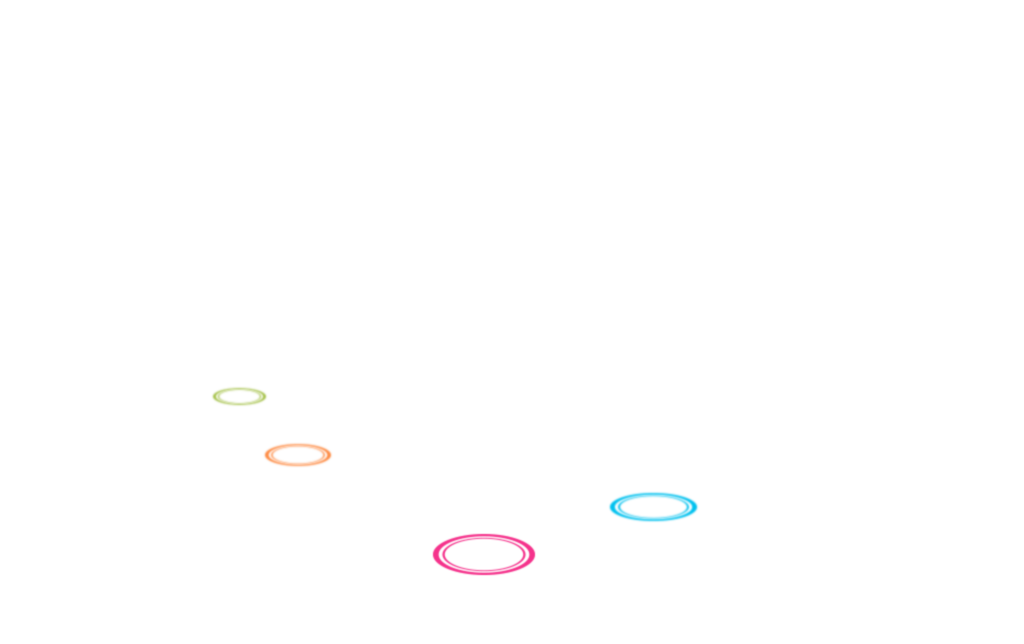 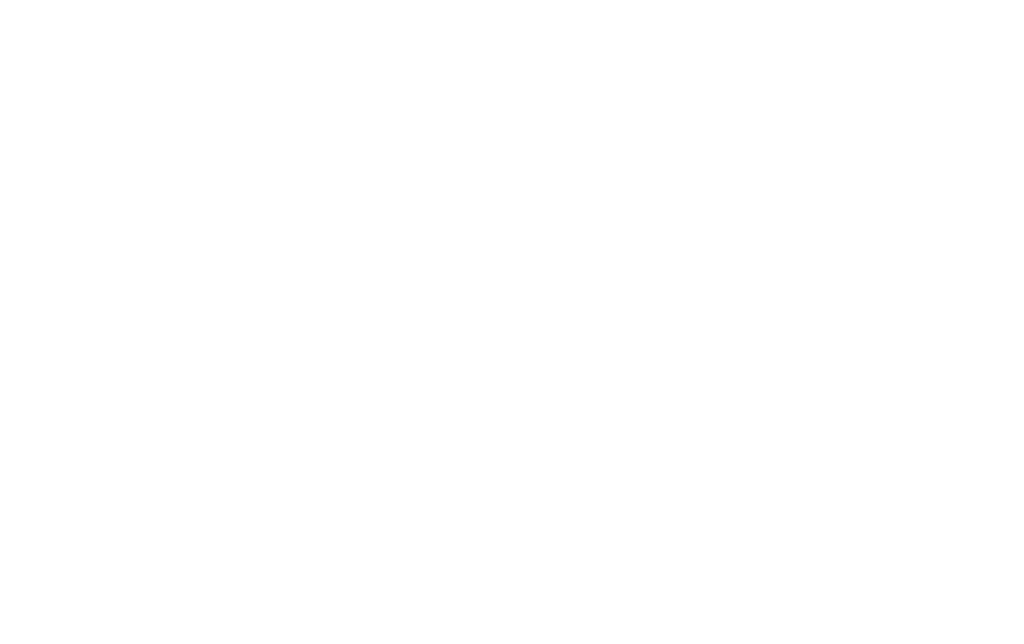 The old DaVinci analogue circuit was custom made: each component was placed by hand, rendering it inflexible. The Enhanced DaVinci digital circuit, on the other hand, offers a high degree of flexibility and requires minimal human interaction because automation techniques can be used in the circuit design. Here are some of the ways it has changed communications for the better:

Enhanced DaVinci has propelled NATS into a new era, capable of transferring huge amounts of data across the UK, ready to meet the air traffic control needs of the future. There are many advantages: a single network based on internet technology offers commonality with far greater security, reliability and flexibility. Network managers are able to control, monitor and repair the network with greater ease, using automated techniques that need minimal intervention.

“The result of being able to work with the very latest technology,” says Gary Gibson, “is that we can keep ensuring the greatest level of safety possible whilst reducing disruption to the flying public. As well as this, operational costs have also come down significantly, so the saving can flow through to our customers.”

“But most of all,” says Chris Reid, “what this project has done is lay down the foundations for meeting the performance, technical and safety requirements for the future of UK air traffic control defined by SESAR.”