Air traffic service provider, NATS is investing in a new advanced radar to replace its facility at Lowther Hill. The new radar has enhanced capabilities that will allow it to mitigate against the interference caused by wind turbines.

The project is expected to enable the release of large amounts of renewable energy by allowing turbine developments to proceed that would otherwise be blocked due to air safety concerns. NATS is working with a number of turbine developers to discuss how they may benefit from the new installation.

Wind turbines can be picked up by radar and appear as ‘clutter’ on an air traffic controller’s screen, creating a distraction and possible risk to safety. Traditionally NATS has worked with developers to find some form of mitigation, such as blanking out the affected area, but that is not always possible and technology solutions have long been seen as a more sustainable, long term answer.

NATS has committed to investing in the Lowther Hill radar early to enable the benefits for developers. The new radar uses advanced clutter mitigation techniques to filter out false returns from wind turbines that could otherwise prove a possible safety risk. 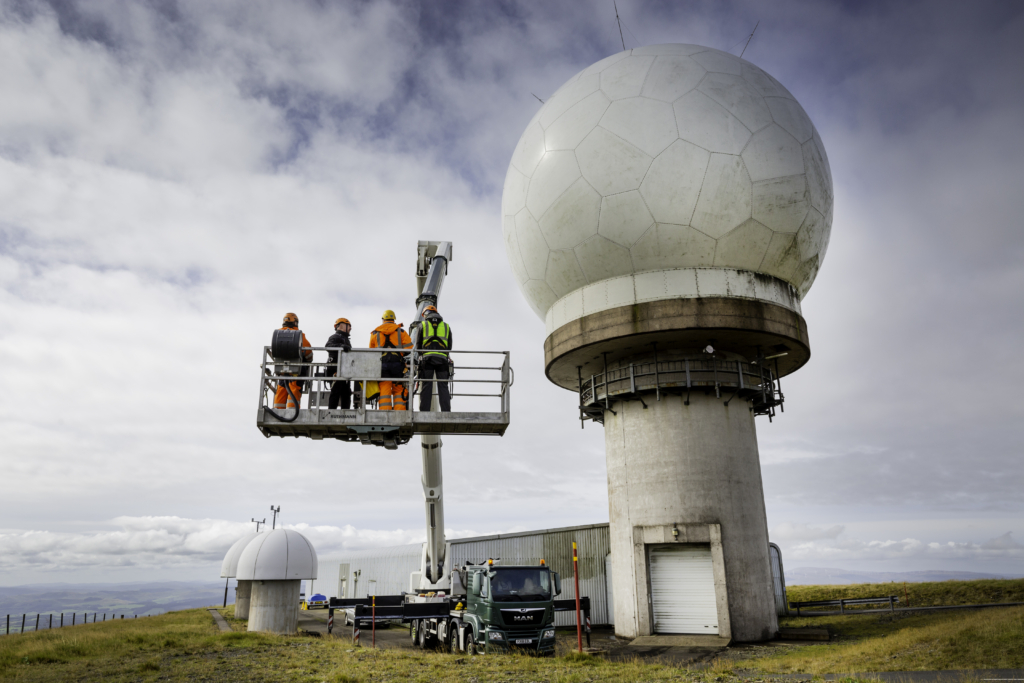 The replacement is a direct investment by NATS Services Ltd – the commercial arm of the air traffic service provider – with developers that benefit from it then contributing to its on-going operation.

Guy Adams, NATS Commercial Director, said: ‘This is a solution that works for everyone, allow us to share the costs of the infrastructure investment while allowing developments to proceed without any compromise on the safety of our operation. More broadly, it also gives us another form of mitigation to offer the industry, with financial and commercial arrangements to allow greater number of developers to pursue schemes that otherwise would have been impossible.”

NATS has worked with a number of developers and radar manufacturers on turbine mitigation strategies in recent years, including with recently Vattenfall for the Aberdeen Offshore WAM solution, SSE for the Clyde windfarm installing the Cumbernauld Radar and with Glasgow Airport to share data from its new turbine tolerant radar.

The new Lowther Hill radar is expected to be installed and operational by the end of 2021.