A NATS team based at Farnborough Airport has cause to celebrate having helped prevent its 3,000th airspace infringement.

The Lower Airspace Radar Service (LARS), which is joint-funded by NATS and Farnborough Airport, was set up in 2008 specifically to help pilots flying on the edges of the London Terminal Manoeuvring Area (LTMA) – one of the busiest areas of airspace anywhere in the world.

It exists to help reduce the chance of aircraft infringing into controlled airspace, something which is both a potential safety risk and disruptive to airport operations. 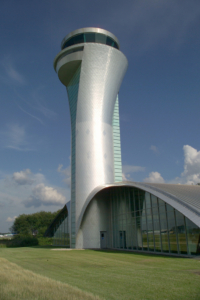 Even a 15 minute stop in departures at Heathrow Airport due to an infringing aircraft can cause delays that take two hours to recover from.

The 10-strong Farnborough team constantly monitors flights to identify those that have a high risk of entering controlled airspace, either by geographical position, direction of flight, or level. The NATS controller then makes contact to alert the pilot and offers them advice on avoiding an infringement.

Dan Foster, NATS General Manager at Farnborough Airport, says: “We provide a service to about 110,000 aircraft a year, which accounts for around a fifth of all LAR services across Britain, so it’s a very busy operation.

“Traffic can range from hot air balloons to helicopters, military jets to paramotors, and small single engine Cessna’s to Boeing 737s. No two days are the same, which means the controllers have to be particularly flexible.”