The Future Airspace Strategy Industry Implementation Group (FASIIG) which includes representatives of NATS, airlines, airports, military, general aviation, CAA, government and business aviation has developed and agreed a plan to jointly deliver benefits exceeding 160,000 T of fuel, over 1.4 million minutes of delays savings and over 500,000T of CO2 by 2020. The group is unique in that for the first time it has brought together all stakeholders. The industry group has been nominated for a Janes Award under the Environment category to recognise work on ‘green’ air traffic management concepts.

The first phase of public consultation on the re-design of London Airspace completed on 21 January; a report will be published on 2nd April at http://www.londonairspaceconsultation.co.uk/. The first phase implements Point Merge arrivals to London City and Gatwick and makes some changes to departure routes. The London Airspace Management Programme (LAMP) which will redesign the whole of the London Terminal Airspace using Performance Based Navigation will be delivered in phases between 2015/16 and 2019.

NATS and CAA have made the decision to commit to a Transition Altitude of 18,000ft at the Future Airspace Strategy Deployment Steering Group in December. This provides a known basis on which to further UK Airspace development, including subsequent phases of London Airspace design and is not dependent on decisions by adjacent states although work continues to press for a harmonized European Transition Altitude.

The Departure Enhancement Programme (DEP) is proving the ability of Performance Based Navigation to enable continuous climbs and reduced route separation allowing for a very much more efficient design of airport departure procedures. The first trial at Heathrow (DOKEN SID) started on 16th December and clearly demonstrates the excellent track keeping. DEP will provide the basis for later phases of the London Airspace redesign and is also being  used to generate enhanced regulatory guidance material for airspace designs at any airfield: 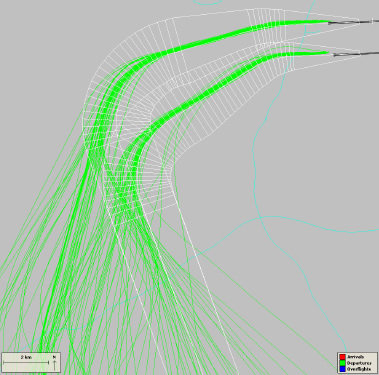 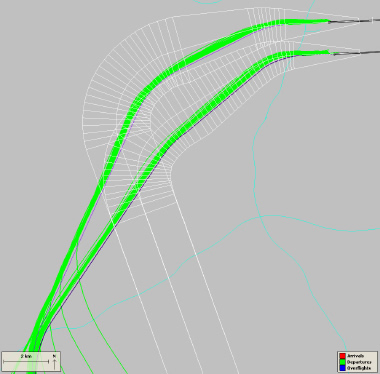 From March 2014, speed reductions to traffic inbound to Heathrow will be applied from up to 350nm out from the airfield. The trial aims to save up over 2 minutes from average Heathrow Stack Holding, which is estimated to equate to a fuel saving of over 10,000 tonnes per annum. This trial uses the Arrival Manager tool in London Terminal Control and is being conducted in collaboration with DSNA Reims, Eurocontrol (Maastricht), IAA Shannon & NATS Prestwick.

Following a proposal from the Future Airspace Strategy Deployment Steering Group, the Transport Systems Catapult, a government sponsored cross industry centre, is leading a project to feed Departure Planning Information from UK Airports into European Network Management to improve data quality for the European network. This project is a first for Europe and is expected to be adopted by other states in the future.