The latest statistics from NATS show the environmental efficiency of UK airspace has improved over the past three months of the year.

NATS gauges airspace efficiency using its 3Di metric, with every flight being measured against a scale where zero represents an environmentally perfect flight. Most will typically score in the range between 15 and 35 and the Civil Aviation Authority (CAA) has set NATS a target score of 24.

The 3Di score for the period from April to June shows a marked improvement in comparison to the previous quarter, where the score had risen above the CAA target.

As a result the average score for the year so far stands at 24.1. 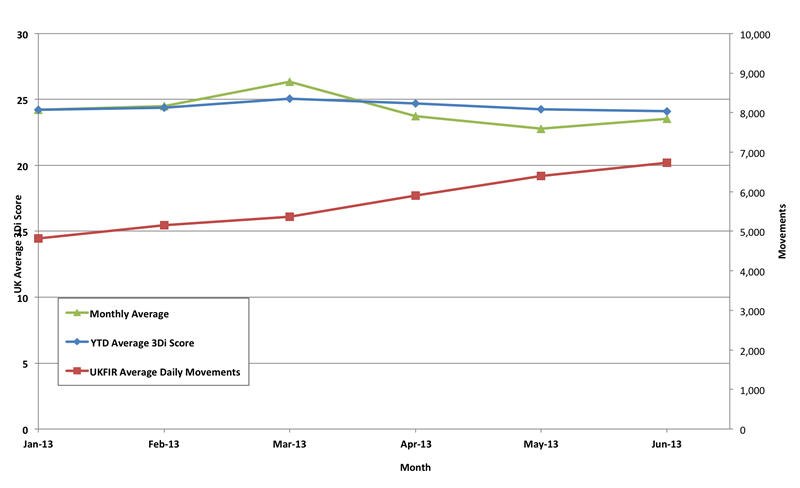 Ian Jopson, NATS Head of Environmental and Community Affairs, said: “It’s encouraging to see us back on track during the second quarter after the severe winter weather in the earlier part of the year.

“We’ve made good progress and the challenge now is to continue that through the busy summer season and beyond.”

NATS environmental strategy is focused on a programme of strategic and tactical change to deliver long-term improvements to the efficiency of UK airspace. Since 2008 is has saved 800,000 tonnes of aircraft CO2, the equivalent to cutting £160 million from airline fuel bills.

Read the full commentary on the NATS’ latest environmental performance.