Richard Deakin, Chief Executive Officer of NATS, the UK’s leading provider of air traffic services, has today announced a key appointment within the senior leadership team of the company.

Alastair will be responsible for developing NATS’ global strategy and for building strong alliances and collaborations. He will specifically focus on NATS’ position in Europe, including ensuring NATS continues to play a leading role in SESAR – the Single European Sky Air Traffic Management Research programme. 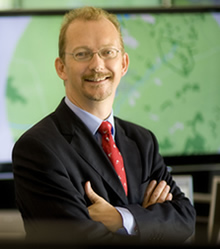 “Single European Sky is fast becoming a reality,” Richard Deakin said. “The establishment of Functional Airspace Blocks, creation of European-wide common performance targets, designation of Eurocontrol as the Network Manager and increased momentum on SESAR deployment, are all testament to the fact that SES is no longer just a political desire.

“Ensuring that NATS is a key player and respected voice in this international arena, will be a significant area of focus for Alastair in his role of International Strategy Director.”

Alastair said: “I am delighted to take on this role to evolve and deliver NATS’ international strategy during such an exciting time for aviation.

“It’s important for NATS to continue to play a significant role in helping shape the future of European and global air traffic management, alongside our ATM colleagues, customers and suppliers.” 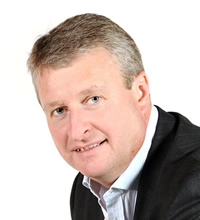 Alastair joined NATS as an Engineering Cadet in 1986. He has a solid background in all aspects of ATM Engineering. Throughout his career, Alastair has had spells at Manchester Airport and Area Control Centre, Prestwick Centre and NATS’ headquarters.

Since 2008, Alastair has been NATS’ Brussels representative responsible for influencing and lobbying key political and international ATM institutions.