London City Airport has chosen to continue its relationship with NATS as its air traffic service provider for the next 10 years through a multi-million pound strategic partnership signed this week.

NATS has been the airport’s air traffic services provider since it first opened in 1987, but with the airport on the cusp of a major redevelopment programme in its 30th anniversary year, this is the first time the two companies have signed up to a decade long commitment.

Alison FitzGerald, London City Airport’s Chief Operations Officer, said: “As we gather pace towards the start of construction on our £400 million development programme, which will enable a further 30,000 flights per year, we’ve taken the decision to continue our longstanding partnership with NATS to deliver the efficient, innovative and reliable air traffic services that are fundamental to the overall operation of the airport.

“In 2020 the airport will move to digital air traffic control, setting a global standard for the aviation industry to follow. Working closely with NATS, and benefitting from their expertise, we can confidently steer this transition, future proofing the airport and enhancing safety and efficiency.” 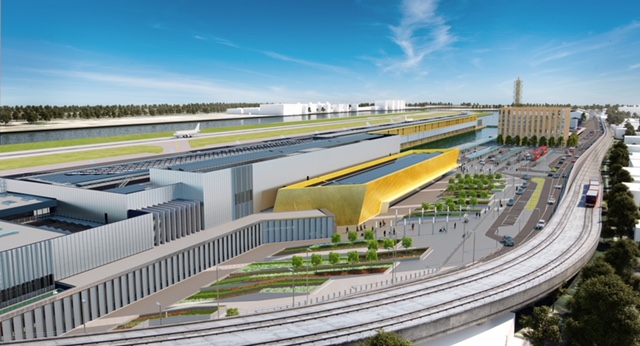 Mike Stoller, NATS Director Airports, said: “It’s a sign of the strength of our relationship and the value we place on each other. The airport is going to change enormously in the next few years, with the redevelopment and introduction of the UK’s first digital control tower. These are hugely important projects and we’re delighted that the airport has chosen NATS as their partner for that journey and beyond.”

The airport’s transformational redevelopment programme includes an extended passenger terminal, seven new aircraft stands to accommodate larger, next generation aircraft, and a parallel taxiway to maximise runway capacity. It is estimated that the project will create 2,100 new jobs and add an extra £750m a year to the UK economy.

The new contract, which includes air traffic engineering services, will also see the transition to a new digital air traffic control tower, details for which were announced in May. The digital solution will replace the airport’s existing tower with fourteen state-of-the-art HD cameras offering a panoramic view of the airfield. The images and data will then be sent via super-fast and secure fibre optic connections to NATS’ air traffic control centre in Hampshire.

Air traffic controllers will then manage all the airport’s flights from there in what will be a UK first. The sophisticated tools of a digital set-up significantly improve a controller’s situational awareness, helping support quick and informed decisions that thereby offer safety and operational benefits for the airport.

Construction of the control tower is due to begin at the end of this year, with completion in 2018 followed by more than a year of rigorous testing and training, during which the existing 30-year old tower will continue to operate. The digital tower is then expected to enter operational service in early 2020.

The contract announcement with NATS follows the Airport Operators Association (AOA) Annual Awards on Monday 30 October, where London City Airport collected the award for ‘Best Innovator’. The AOA attributed this to the digital air traffic control system plans, which the AOA called “a true innovation that could revolutionise the industry not just in the UK but globally”.

The new air traffic services and engineering contract came into effect on 1 November 2017.