NATS, the UK based air traffic management company, has announced a partnership with NAV CANADA with both parties taking an equal shareholding in the Canadian firm, Searidge Technologies.

Searidge works with airports around the world, providing technology that helps reduce delays, increase efficiency, and overall safety. This includes the delivery of ‘digital’ tower solutions, which see air traffic controllers managing aircraft from remote facilities instead of in traditional airport towers.

Searidge will continue to operate as an independent company. The investment by NATS sees it become a joint and equal owner alongside NAV CANADA, and is illustrative of the growing demand for digital tower solutions from airports around the world.

Martin Rolfe, NATS Chief Executive Officer, said: “Digital tower technology has the potential to completely transform the delivery of air navigation services at airports and we’ve been incredibly impressed by what Searidge offers. That’s why we’ve chosen to invest. Their highly innovative approach and proven technology combined with the wealth of operational experience and resource that both we and NAV CANADA can provide means we can offer airports around the world something that is uniquely compelling.”

Moodie Cheikh, CEO, Searidge Technologies, added: “We are excited as Searidge takes this important next step in its growth. We strongly believe ownership by two tier one Air Navigation Service Providers will allow Searidge to better service our customers, expand our reach into key markets and help drive innovation in an operational environment.

“We remain committed to our staff and customers and making Searidge the market leader we envisioned over 10 years ago when we founded the company.”

Digital ‘remote’ tower technology looks set to revolutionise air traffic management services over the coming years. Instead of a physical tower, high definition, day and night visible, thermal and pan-tilt-zoom cameras provide real-time information to air traffic controllers that could be hundreds or even thousands of miles away. There, the view of the airfield is recreated as a seamless panoramic image that can be augmented and enhanced with a host of operational and sensory data; from radar and flight information on individual aircraft, to the location of closed taxiways. 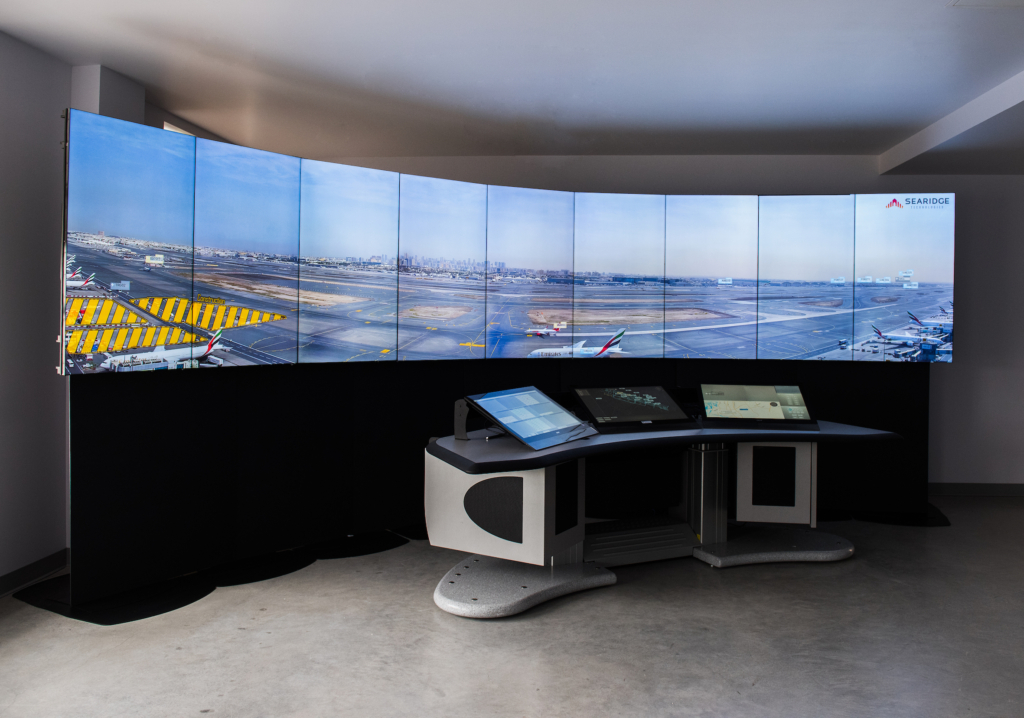 Searidge was the first in the world to have an operational video system in an air traffic control tower and has since developed a range of scalable and customisable digital tower solutions designed to work at airports of any size, from small and geographically remote airfields, through to major international hubs. Most recently it also unveiled the world’s first artificial intelligence platform for Air Traffic Management.

It now operates in more than 30 sites in 16 countries, with the investment by NATS seen as a way to support its further expansion.

“NAV CANADA recognised the huge potential in Searidge early on,” said Neil Wilson, President and CEO, NAV CANADA. “Over the last six years, Searidge has done a great job of growing the business and evolving its technology into a market-leading contender in the remote tower space. Building on our existing partnership with NATS, this new venture will allow us to take Searidge to the next level of growth and success.”

The investment in Searidge has been made by NATS Services, the commercial arm of the UK ANSP.

Hear from Martin and the CEOs from Nav Canada and Searidge, Neil and Moodie, below:

Searidge is a technology innovator providing Remote Tower and Surface Optimization solutions to airports and Air Navigation Service providers (ANSPs) worldwide. Using our video-based technology, we give operators “eyes” where they could not previously see. We help them monitor, manage and control traffic on the airport surface to improve safety and efficiency.

Searidge was the first company to have an operational video system in an air traffic control tower and now with technology at over 30 sites in 16 countries, our video is viewed by the most Air Traffic Control Officers (ATCOs) and airport operations personnel worldwide. To see our video gallery or for more information, please visit www.searidgetech.com