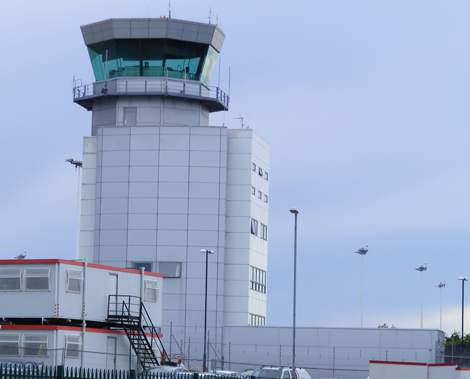 New arrival routes for Bristol Airport that use the latest satellite technology to cut airline fuel costs, enhance safety and bring quieter approaches to communities under the flight path have been introduced.

The new routes apply to aircraft approaching from the south and have been designed to closely replicate existing tracks but with greater precision than was previously possible. Approaches from the west have also been designed to take aircraft over the Severn Estuary, reducing noise disturbance to communities along the coastline.

Melanie King, Environment Manager at Bristol Airport, said: “While its full utilisation may be some years in the future, this technology has the potential to change the way aircraft navigate by introducing more reliable, repeatable and predictable flight paths with benefits to the local community and the environment.”

Martin Rolfe, NATS Managing Director, Operations, said: “This SESAR supported project is a great example of the aviation community coming together to deliver improvements to the country’s airspace system, making it even safer, more efficient and helping to reduce aviation’s environmental impact.”

Martin Clifford, easyJet Bristol Base Captain, added: “These tailored arrivals are set to improve our flight profiles, contributing to a reduction in emissions and noise. Furthermore they should have a positive safety benefit, reducing flight deck workload and simplifying our interaction with ATC.”

The new STAR is part of a project to update the UK’s airspace system, much of which was designed over 40 years ago. Since then there has been a huge growth in demand for flying, changes in technology and greater environmental concerns.

The Civil Aviation Authority’s Future Airspace Strategy sets out a vision for UK airspace through new technology, airspace changes and better coordination that aims to reduce aircraft fuel burn by 160,000 tonnes a year, CO2 emissions by 500,000 tonnes a year and passenger delays by 1.1 million minutes a year.

Mark Swan, Director of the Civil Aviation Authority’s Safety & Airspace Regulation Group said: “The changes at Bristol are part of the UK’s Future Airspace Strategy which is expected to deliver benefits in excess of £2bn by 2030 for passengers, industry, and the wider community. The experience gained from this project is already assisting the implementation of similar procedures across the UK as the airspace system, which is a critical part of the nation’s transport infrastructure, undergoes significant modernisation.”

NATS is currently trialling further precision navigation procedures at a number of other UK airports.