Profit for NATS as it marks ten years of PPP

During the year, the price control review for the economically regulated en route business for the calendar years 2011 to 2014 (control period 3 or CP3) was concluded.  The review represents a balanced outcome for the company and its customers.  It has set challenging service performance and operating cost efficiency targets, with a focus on ensuring that strong past performance is sustained.

Revenues increased as regulatory allowances under the new price control of our regulated business took effect from January 2011, and as a result of better revenues from our economically unregulated business.  NATS has also achieved continuing reductions in its operating cost base over the past year.  In addition: 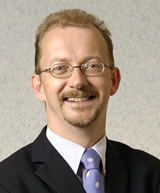 Richard Deakin, Chief Executive, said: “We are in a strong position for the future. This is a world class company with a world class future ahead.  And while I’m satisfied with the progress we have made over the past ten years, and the focus we have brought to our business, this is just the start of a much bigger journey reflecting a greater ambition for NATS.

“We have developed a strategy to grow our business, and to ensure that we have the capabilities and skills to enable that growth.  We will focus primarily on growth in the aviation market, an industry where NATS’ reputation and capability set are very strong.

“In the meantime, the new price control effectively secures a £2.2bn contract for the next four years, and the investment required to provide capacity to meet forecast traffic growth. Our customers will continue to benefit from the tough service performance and operating cost efficiency targets set by the CAA to ensure we continue to maintain and improve service.”

1. An Airprox is a situation in which, in the opinion of a pilot or a controller, the distance between aircraft as well as their relative positions and speed have been such that the safety of the aircraft involved was or may have been compromised.