NATS has enabled a reduction of more than 600,000 tonnes of CO2 emissions thanks to more efficient air traffic control procedures, improved use of airspace and innovative technology in the last financial year.

This is equivalent to £155 million in fuel savings for airlines.

The record-breaking results have been published in NATS’ 2014-15 Corporate Responsibility report, which reviews its environmental and community affairs performance, today on World Environment Day.

The tool uses real radar data and combines it with NATS’ 3Di airspace efficiency metric to produce a graphical representation of every flight in UK airspace, meaning controllers can immediately review performance and identify areas for improvement, or best practice techniques to share.

NATS has also continued to work closely with industry leaders, including airlines, airports and manufacturers, as part of the Sustainable Aviation coalition to increase the use of continuous descent operations (CDO) around 23 airports, to save fuel and reduce airlines’ CO2 emissions, while reducing noise for flights around airports. 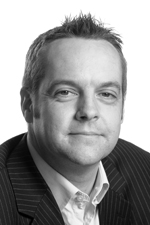 Last year more than 39,000 additional quieter flights were achieved through CDO, from its launch in July 2014 to April 2015. The figure remained high even with an increase of traffic.

Ian Jopson, Head of Environmental and Community Affairs said: “This has been a fantastic year for us in reducing CO2 emissions and enabling fuel savings. I am delighted that NATS has been recognised for its on-going development of our 3Di airspace efficiency metric and received re-accreditation for a “Big Tick” award, as part of the Business in the Community (BitC) annual Sustainable Product and Services award.

“NATS has also been shortlisted for BitC’s “Engaging Customers on Sustainability” award for our Continuous Descent Campaign for this year’s award. BitC’s endorsement of our achievements helps us demonstrate that we consider the wider impact of everything we do.”

While reducing its environmental impact on UK airspace, NATS has also invested in energy efficient facilities and targets to reduce energy consumption (kWh) by 8.5% in the last financial year.

NATS continues to support the Swanwick Lakes Nature Reserve in partnership with the Hampshire and Isle of Wight Wildlife Trust. In 2014, NATS was awarded the Biodiversity Benchmark by the Wildlife Trust for its work in managing the reserve, following a rigorous nine-month certification process.