Aircraft flying over the North Atlantic can now be spaced closer together as part of a project to increase airspace capacity, cut fuel burn and reduce CO2 emissions.

The North Atlantic is the busiest area of oceanic airspace in the world, with most aircraft following tracks that are set each day based on the traffic demand and prevailing weather conditions.

Currently these tracks are separated by one degree of latitude – the equivalent to 60 nautical miles – but advances in aircraft and air traffic management technologies mean that these can now be safely reduced to half a degree. 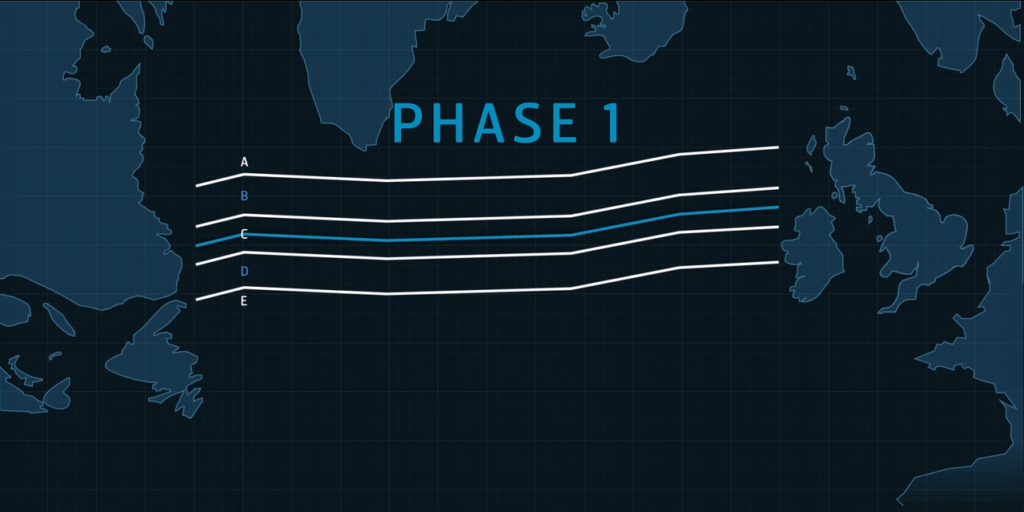 This reduction will allow more aircraft to achieve their optimum route and flight level, helping to cut flying times while reducing fuel burn and emissions.

Initially one additional track is to be introduced, creating three half degree separated routes for suitably equipped aircraft to fly. However, half a degree is expected to become the standard separation minimum across the organised track structure in November 2016.

Once fully implemented the change will save an estimated 52,000 tonnes of CO2 a year, the equivalent to 14,000 transatlantic flights.

Alastair Muir, Operations Director at NATS’ Prestwick control centre, said: “With RLAT we are essentially turning a dual carriage way into a three-lane motorway without expanding the current road infrastructure.

“It’s another great example of how NATS and NAV CANADA are working collaboratively to bring about practical change that has a meaningful benefit for our airline customers as well as a positive impact on the environment.”

Doug Dillon, NAV CANADA General Manager, Gander Flight Information Region said “RLAT is a significant step forward in air traffic management over the North Atlantic. It immediately adds capacity and considerable improvements to efficiency as we prepare for a further reduction through satellite-based ADS-B surveillance that the Aireon project will bring in 2018.”