NATS has awarded its Pre-Flight Planning compliance mark to SkyDemon’s new iPad app, SkyDemon Light.  The free app features all the same functionality as the SkyDemon Light web portal on an interactive iPad platform and will allow users to file flight plans for free throughout this summer’s Olympic season.

“The general aviation community has made excellent use of SkyDemon Light for flight planning and route briefings, resulting in greater awareness of temporary and permanent airspace restrictions. The iPad app gives more pilots access to this functionality, which we hope will continue the reduction in risk from airspace infringements,” said Kathy McColl, Safety & Strategic Research Engineer, NATS. 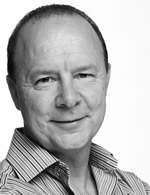 David Harrison, Director of Safety, NATS, said, “Particularly with the Farnborough Airshow and Olympics airspace restrictions in place this summer, I would encourage all pilots to make use of this tool to ensure they are flying safely, especially during this busy period.”

The compliance mark indicates that the SkyDemon Light app complies with basic functionality set out by NATS to enhance GA flight safety:

Uniquely, the app allows pilots to plan their route directly from the cockpit of their aircraft, providing their iPad has a connection to the internet.

Tim Dawson, founder and Chief Software Architect at SkyDemon, said, “We’re pleased to be able to bring our free basic flight-planning tool to the iPad platform to sit alongside our more capable subscription-based product. SkyDemon and EuroFPL got together and decided to give something back toUKpilots by offering the ability to file flight plans free of charge during the Olympics period, making the restrictions much easier to deal with by the average VFR pilot, and this functionality will be present in both editions of SkyDemon Light.”

Similar to the SkyDemon Light web tool, the app allows users to plan a route inUKairspace with a few taps on the rich VFR chart. Interaction with controlled airspace and hazardous areas is clearly indicated and, when required, a route can be easily dragged to avoid confliction or complex airspace.

The app also features NOTAM information drawn from the same European Aeronautical Information System Database that AIS uses.  This information is supported by a comprehensive, textual Narrow Route Brief containing all the relevant NOTAM information for a planned route.

The app will also support updates for the Olympics restrictions this summer including the ability to file a flight plan while the Restricted Zone (R112) and Prohibited Zone (P111) restrictions are active.