The UK-Ireland Functional Airspace Block (FAB) has successfully concluded a trial of the SESAR concept of dynamic sectorisation – the tactical switching of air traffic services between providers, proving a key concept for the next generation of air traffic management.

The UK-Ireland FAB launched the first ever Dynamic Sectorisation Operational Trial (DSOT) in 2014. The first phase of the trial, which completed in late 2014, saw the Irish Air Navigation Service Provider, the IAA, deliver air traffic control services in a portion of UK airspace on a trial basis.

The second phase of the trial, which has recently concluded, involved the tactical switching of a piece of Irish airspace between the Irish and UK air traffic management systems, with UK air traffic controllers at NATS live shadowing a portion of Irish airspace and both Irish and UK controllers working closely to assess the impact of real time dynamic sectorisation of airspace.

This second phase of the trial enabled all remaining objectives of the project to be completed. The findings of the trial will help to extend the provision of Free Route Airspace (FRA) across UK-Ireland FAB airspace by informing the introduction of FRA, which already exists in Irish airspace, into UK airspace. 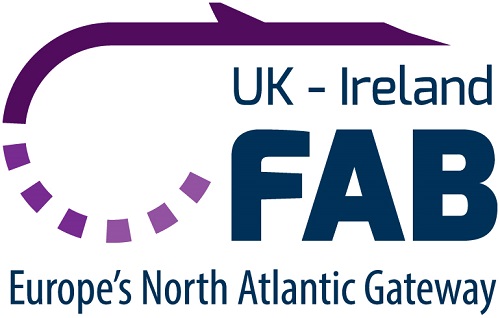 Free Route Airspace will deliver significant benefits to airlines and business aviation by providing them with greater choice on the route they take when flying through UK and Irish airspace, ultimately enabling them to fly more efficient routes, burn less fuel and save money. Both the IAA and NATS are part of the Borealis Alliance, a voluntary collaboration between nine Northern European ANSPs and three FABs to introduce a single, flight-plannable area of Free Route Airspace in Northern Europe by 2021.

As well as fulfilling all of the objectives set out at the start of the trial, the UK-Ireland FAB tested the interoperability between COOPANS, the flight data processing system already used by the IAA to provide FRA in Ireland and iTEC, a new flight data processing system which comes into operation in parts of UK airspace from 2016 and will underpin the introduction of FRA into UK airspace. NATS and the IAA also successfully tested the transfer of traffic via Latitude and Longitude co-ordinates rather than named Co-ordination Points (COPs), paving the way for future cross border trajectory-based operations.

Alastair Muir, Director of Operations at NATS Prestwick Centre, said: “This has been a major piece of work that takes us a step closer to the vision of a Single European Sky. By completing this phase of the trial and also testing the interoperability of our new flight data processing system with the system already used by the IAA, we have now delivered all of the initial objectives of the DSOT project and more.”

Sean Patrick, General Manager En Route and North Atlantic Communications, IAA, said: “We are very pleased with the outcomes of the Dynamic Sectorisation trials, which demonstrate the commitment of all the FAB partners to deliver significant benefits to our customers”.

The UK-Ireland FAB, established in 2008 under the EU’s Single European Sky initiative, has been designed to create a more efficient airspace across Ireland and the UK.

The project team was made up of representatives from NATS, IAA, CAA, IAA SRD, UK MoD and Irish Defence Forces who all provided the necessary levels of resource and commitment to ensure that this project was a success.

A new video providing an overview of the FAB and some of its recent activities is available @ https://vimeo.com/156561414.