The Irish Aviation Authority (IAA) and NATS have today published the third UK-Ireland Functional Airspace Block (FAB) Plan for the period 2011–2014 and their annual report on progress achieved in 2010.

The FAB, the first in Europe, has been operating highly successfully since it was established in June 2008 and is helping to meet the objectives of the Single European Sky legislation. Virtually all of the 24 distinct projects in the FAB Plan 2010–2013 have been implemented. They were developed on a partnership basis with our airspace users and deliver repeat financial and operational savings to our customers in terms of reduced CO2, reduced fuel burn costs, and reduced track miles.

Other projects are feeding into the lifetime of this new FAB Plan 2011–2014 and they too will further enhance safety, improve operational efficiency, reduce the combined costs of the air navigation service providers, and generate customer savings. It is estimated that over the next five years some 50,000 tonnes of CO2 will have been saved annually through projects introduced under the FAB, saving some £36 million (€41 million) – three times more than targeted.

The FAB Plan 2011 – 2014 sets out the programme of work for the near future, including technology collaboration (for the first time), enhanced coordination between the various FAB stakeholders including trade unions, and joint NATS/IAA customer engagement.

A key element of the FAB Plan 2011–2014 is ODNET; Optimise Domestic, North Atlantic and European Traffic flows. No other FAB has a role in traffic integration on this scale. North Atlantic (NAT) Eastbound traffic affects the management of FAB domestic and core European operations on a daily basis. The nature of NAT traffic integration is pivotal in ensuring that the FAB efficiently manages domestic and European networks, thereby providing benefit to all stakeholders. 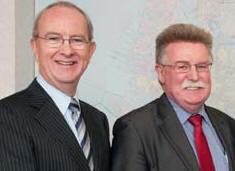 Commenting on the difficult economic environment Donie Mooney, IAA Director Operations, said; “Demand for air travel improved during 2010 and a number of our major customers returned to profitability but this is now threatened by increased fuel costs. Therefore, it is the intention of the UK-Ireland FAB to intensify its efforts to further reduce the cost of ATM service provision to our customers.”

Ian Hall, NATS’ International Operations Director, said: “While the UK-Irish FAB continues to be the only mature FAB in existence, we are pursuing a progressive international agenda to extract greater benefits from FABs and wider alliances across Europe.  This includes exploring ways of realising economies of scale in areas such as airspace design, aeronautical information and procurement.”

The IAA and NATS recently signed a Memorandum of Understanding with the Danish and Swedish Air Navigation Service Providers to extend co-operation between their respective FABs, and with other North European air navigation service providers to support wider integration across the region.  Joint work is also to take place to align projects with emerging Single European Sky initiatives.