Airport operational performance a priority for millions of passengers

Almost a fifth of people would travel further to fly from a specific airport in order to get better service, it was revealed today by the air traffic services provider, NATS following a nationwide survey.

Based on the survey, and given that more than 280 million passengers travelled through a UK airport last year, potentially millions of people would be attracted to an airport that wasn’t their nearest if they thought the passenger experience would be better.

Similarly, 27% of passengers would choose to pay more to fly with a particular airline, operational reputation and on time performance seen as among the more important factors when booking a ticket.

While the research – carried out by Ipsos MORI on behalf of NATS – shows that ticket price, time of flights and distance to the airport top peoples’ list of criteria, other factors also play an important part, something NATS believes will only increase.

Jem Dunn, NATS Director, Airports, said: “Operational performance is already influencing millions of passengers’ decision making, and as the skies get busier its likely people will increasingly place a premium on service and getting away on time. Airports are already investing in ways to improve the resilience of their operations so that things like bad weather are less likely to disrupt their schedules, but it’s likely to become a rising priority in the coming years.”

NATS sees technology investment, coupled with modernising the country’s ageing network of flight paths and air routes, as being the key to keeping passengers happy and the UK aviation industry internationally competitive. 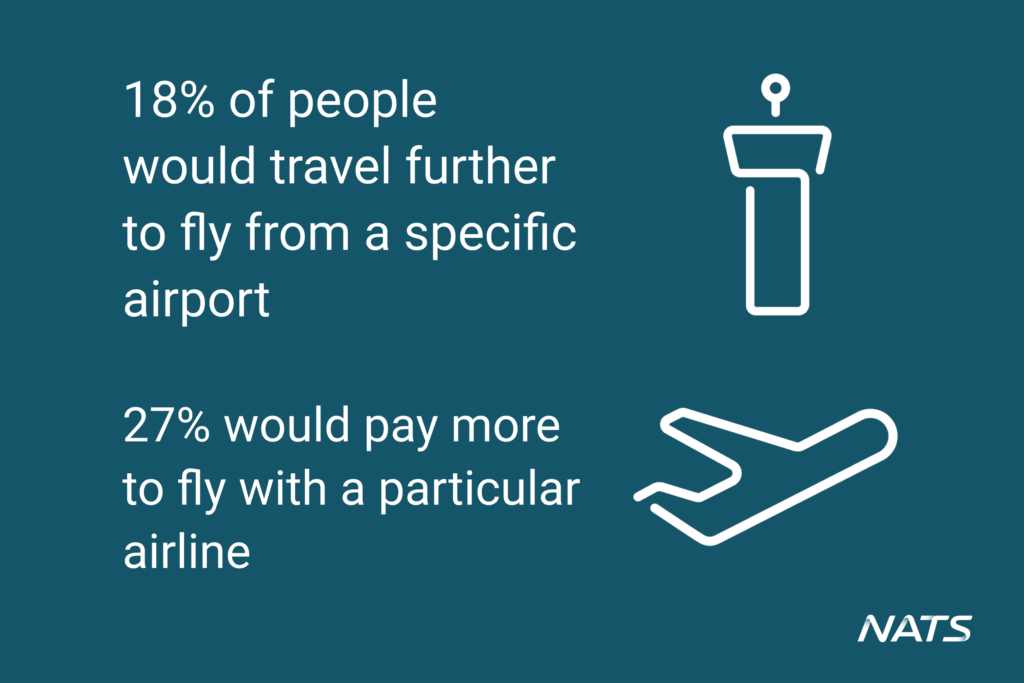 In 2015, NATS worked with Heathrow Airport to introduce a new way of managing arrivals into the airport by separating flights by time intervals rather than set distances. This means the flow of aircraft can be adjusted in real-time according to the prevailing wind conditions, something that has delivered a 62% drop in headwind related delays. The same system was upgraded in March this year, and now helps the airport land an additional two aircraft per-hour, even in calm wind conditions, something that is offering vital operational resilience to an airport that is scheduled close to capacity.

In April, the Civil Aviation Authority figures revealed that Heathrow is now the UK’s most punctual airport.

Mr Dunn continues: “We’ve been developing tools and procedures to improve airport predictability and  resilience , whether that’s through time based separation, or one of our newest tools called Demand Capacity Balancing, that allows airports to predict and mitigate operational disruption before it happens.”

Today’s research findings form part of what NATS is calling The Aviation Index. A thousand adults in the UK, weighted to be representative of the wider population, were asked their views on a variety of aviation topics, from their attitudes to redesigning flight paths, the rising use of drones and the impact of Brexit.

Mr Dunn concludes: “We conducted this research because it’s important for us to understand how people feel about flying and the issues that are impacting or might impact on our airline and airport customers. It’s proved to be a fascinating insight into people’s attitudes.”

The NATS Aviation Index is available either as a summary or in full on the NATS website: www.nats.aero/discover/aviation-index