The UK Civil Aviation Authority has today approved a proposal by NATS to reclassify the airspace around Heathrow Airport.

From 18 September, the London CTR control zone – the busiest piece of airspace in the UK through which all Heathrow traffic flies – will change from Class A to Class D airspace.

The reclassification supports the introduction of SERA, the Standardised European Rules of the Air, which will create consistent airspace classifications across Europe by the end of the year.

Under SERA, Visual Flight Rules (VFR) and Special VFR flights will not be able to enter Class A airspace.

As such, following a consultation with airspace users, NATS proposed the zone be reclassified as Class D. 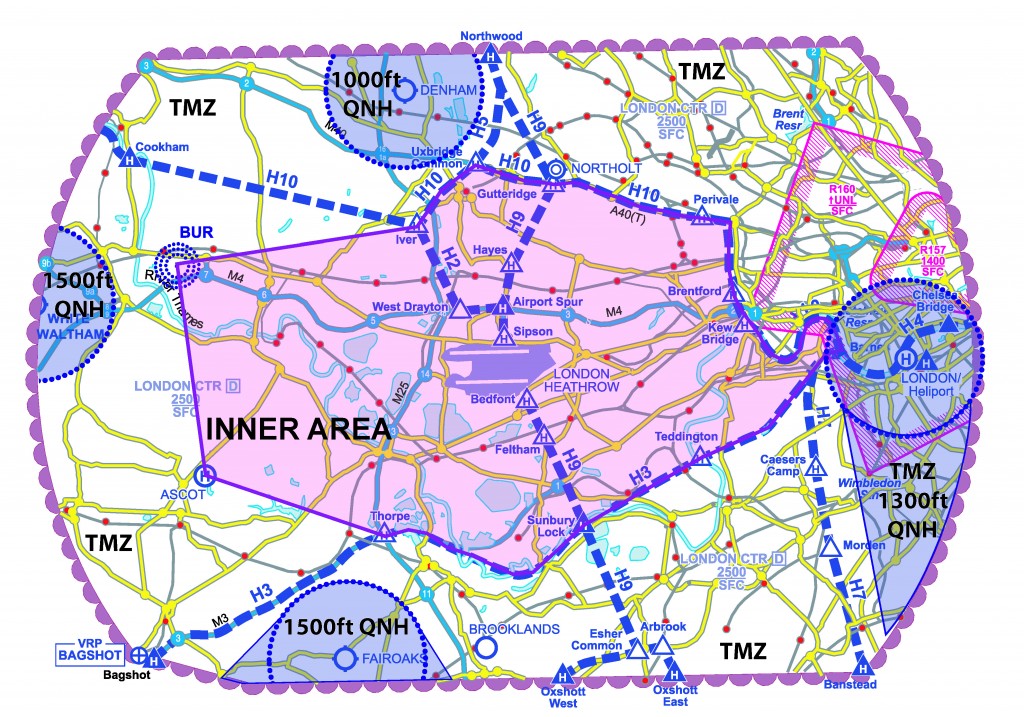 The inner and outer area of the new London CTR

Paul Haskins, NATS General Manager for London Terminal Control, said: “We’re pleased that our proposal has been accepted by the CAA. The change to Class D strikes the best balance between VFR and SVFR access and
ensuring a safe and efficient air traffic environment.”

As today, any VFR or SVFR flights will need to gain clearance to enter the zone, something that is always subject to the current work load of air traffic controllers.

Aircraft will also have to carry a transponder, with Mode S being mandatory.

Paul Haskins continued: “We will provide access whenever possible, but we would ask VFR and SVFR pilots to remember that this is a very busy piece of airspace and our priority has to be providing a safe service to commercial traffic.”

Access to the airspace immediately around Heathrow Airport itself – referred to as the ‘Inner Area’ – will be restricted via ‘Prior Permission Required’ by telephone.

Pilots are being reminded that unless they really need to fly inside the ‘Inner Area’, they should plan to route around it.

More information on the airspace reclassification can be found at nats.aero/LondonCTR.