NATS Defence has announced its sponsorship of the Royal Air Force Cricket Association Ladies Team as they head to battle for victory in their first ever international tour later this year. 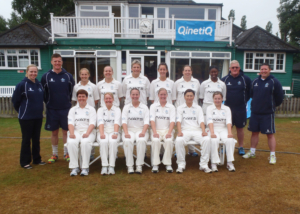 As the Ashes are in full swing for the England team, the RAF Ladies Team have been gearing up for their own competition by competing in a number of games against the British Army and Royal Navy sporting their new kit at Vines Lane, Uxbridge.

NATS has been a strong supporter of the RAF ladies cricket team for a number of years.

Ewan Kelbie, Head of NATS Defence, said: “We have a longstanding relationship working closely with the UK military in managing air traffic control operations in UK airspace. We have been a proud supporter to the ladies team for a number of years and we are delighted to once again sponsor the team as they compete in Australia.” 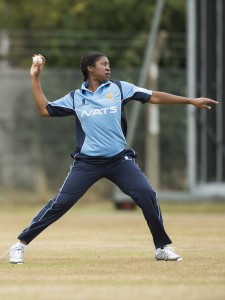 Alison Russell Brookes, tour manager of the RAF ladies cricket team, said: “It is fantastic that NATS have chosen to extend their well-established support to the RAF Ladies Cricket Team by providing financial support to us to participate in the International Defence Cricket Challenge (IDCC) 2015.

“Whilst the IDCC has been established for many years, this is the first time a women’s competition has been held as part of the festival. The RAF Ladies Cricket Team are exceptionally privileged to be able to participate in this inaugural women’s tournament and are looking forward with great excitement to our first tour in 13 years.”

A small Ladies Squad accompanied the RAF Men’s tour to Australia in 2002, but this is the first full, independent tour the ladies will have ever undertaken.