The transformation of the North Atlantic operation took another step forward this month with the permanent adoption of reduced aircraft separation standards.

Since the introduction of the Aireon Space Based ADS-B service in March 2019, NATS, NAV CANADA and NAV Portugal have been trialling the use of reduced separations standards – known as ASEPS or Advanced Surveillance-Enhanced Procedural Separation standards – for aircraft flying through oceanic airspace.

Having real-time surveillance over the ocean for the first time has made it possible for air traffic controllers to safely reduce the longitudinal spacing between aircraft from 40 nautical miles down to just 14 nautical miles, allowing more aircraft to share the fastest, most environmentally friendly routes.

The success of the trial means the separation standards have now been permanently adopted as well as published in worldwide ICAO documentation.

Demonstrating the safety assurance for such a large reduction in separation has been integral to the success of the 19 month trial. Monthly reports were sent to the UK Civil Aviation Authority as well as regular updates for the ICAO North Atlantic working groups. 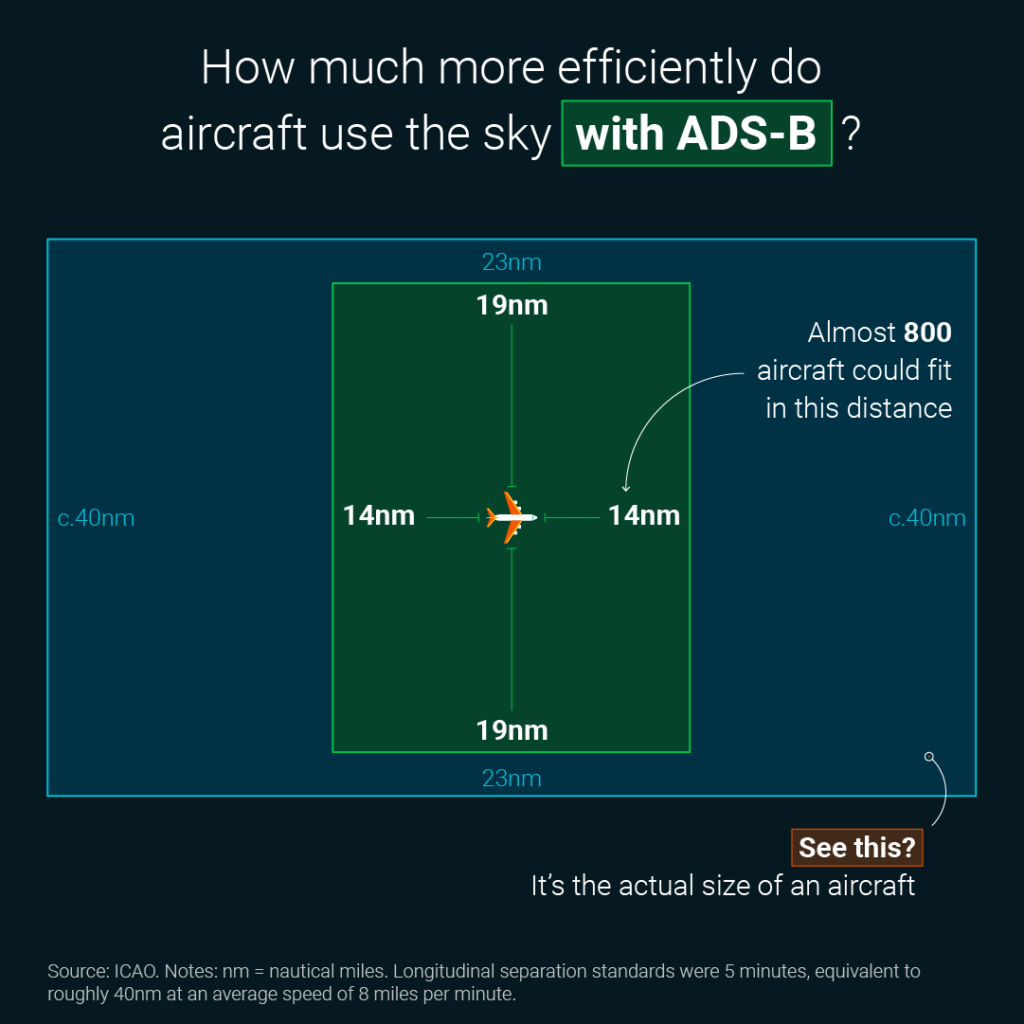 As well as allowing more aircraft to take advantage of the most efficient routes and levels available, the introduction of real-time surveillance has also delivered benefits to safety, with controllers now able to intervene far quicker if an aircraft leaves its cleared trajectory.

Martin Donnan, NATS Director, En-route ATM, said: “Permanent adoption of these new standards is a major milestone for our North Atlantic operation and testament to the hard work of everyone involved.

“Immediately delivering safety improvement, the new separation standards have also allowed NAT airspace users to access more efficient routings during the trial. With the new standards recognised globally by ICAO, these are benefits that can be enjoyed around the world as adoption of Space Based ADS-B increases.”

Find out more about the development and launch of Aireon’s Space Based ADS-B service in Altitude, a new live stream from NATS, starting at 1500 GMT on 18 November and available later on demand. Register at nats.aero/altitude.